This tour experience will offer a combination of the finest art and architecture that San Francisco has to offer. On this inspiring and educational excursion, you will gain a deeper appreciation of the City’s architectural past, present, and future. 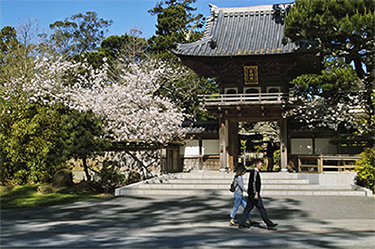 Overlooking Lincoln Park, the City, and the Golden Gate, the California Palace of the Legion of Honor is unique in America for its emphasis on the art and culture of France. Adapted from the design of an 18th‑century palace in Paris, the Legion of Honor is dedicated to the memory of Californians who died during World War I. As visitors make their way through the museum, the history of art begins to unfold with the rich tapestries and religious art of the Middle Ages, 17th and 18th century decorative art, continuing with the Impressionists and Post Impressionists of the last century and concluding with early contemporary works. 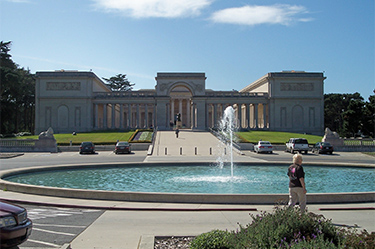 You will enjoy a private guided tour of the Legion’s collection. The knowledgeable, trained docent will take you through the museum, offering insight into the masterpieces. A special highlight is the famed Rodin collection, one of the finest outside Paris. The casts date almost exclusively within the artist’s lifetime, including one of the five original bronze castings of The Thinker.

You will also enjoy a visit to The Japanese Tea Garden, located inside Golden Gate Park, is the oldest public Japanese garden. The beautiful site is a historical Japanese-style garden originally built as the Japanese Village for the 1894 California Midwinter International Exposition. Japanese immigrant and gardener Makoto Hagiwara designed the bulk of the garden and was officially appointed caretaker in 1894 until the World War II. In the years to follow, many Hagiwara family treasures were liquidated from the gardens, but new additions were placed. Today, the Tea Garden features beautiful monuments, bridges, native Japanese plants and ponds. $85 Per Person 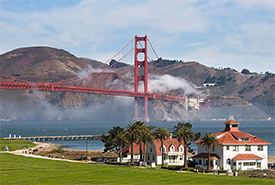 The Walt Disney Family Museum is one of the Bay Area’s unique museums. Housed in a restored 1890s army barracks, located in the Presidio of San Francisco, with the Golden Gate Bridge to the west, Crissy Field to the north, and the City to the east.

Once the U.S. Army’s premier West Coast base, Congress decommissioned The Presidio in 1989 and transferred the buildings to the National Park Service.

This is no Mickey Mouse museum, but a fascinating, comprehensive telling of the story of Walt Disney— the man who raised animation to an art, tirelessly pursued innovation, and created a distinctly American legacy.   You will experience interactive audio and video exhibits, original animation art, his photographs, film clips, examples of the technologies Walt Disney pioneered, and his most extraordinary, hand-crafted model of his imagination, Disneyland. 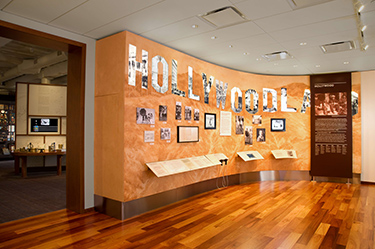 Guests will enjoy lunch in classic San Francisco style at Perry’s on Union St. Perry’s has been a San Francisco tradition for over three decades. In 1969, Perry Butler, a 26-year-old Dartmouth College graduate, was working as an advertising executive, when he set out to follow his dream of opening his own restaurant. Freshly relocated to San Francisco, and compelled to recreate the hustle and bustle of the New York neighborhood saloons that he missed, Butler opened Perry’s on Union Street. Perry’s has now become a family business with his grown children active in its substantial success. His restaurant is beloved by locals for innovative American cuisine served by attentive staff in a relaxed and lively ambiance. $165 Per Person Including Lunch 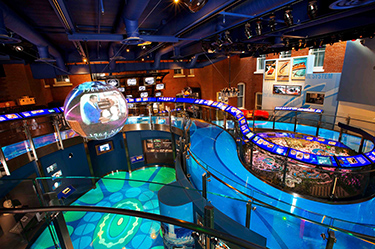 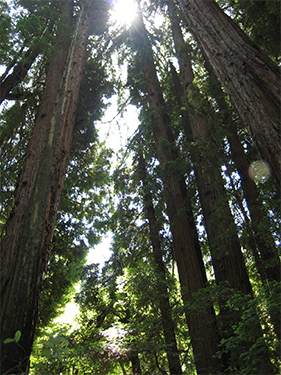 Start the day by crossing the magnificent Golden Gate Bridge into fabled Marin County, with its astonishingly varied land and seascapes. Driving along the slopes of Mount Tamalpais, the deluxe mini-coach will thread their way down the winding mountain road to Muir Woods National Monument.

One of the first parks ever set aside for the coastal redwoods, this national park was named for the renowned conservationist. The redwoods located here have a biological ancestry dating back well over a million years. Fossils of virtually identical trees appear in the record from some 160 to 170 million years ago, preceding the Jurassic Age of dinosaurs.

These fossils are found across the Northern Hemisphere, in Manchuria, France, Alaska, Greenland and even on Arctic islands. Redwoods have no aging mechanisms, are extremely resistant to disease, and have few natural enemies. Thus individual redwoods can live to be thousands of years old. Your guests will have time to wander among these ancient trees and they will come away with a sense of the immense grandeur and spans of time encompassed by this noble forest. 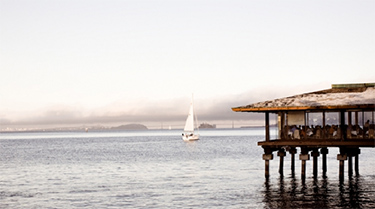 Next, your guests will visit sparkling Sausalito, a Riviera‑like bayside village with its winding wooded streets, eclectic houseboats, unique boutiques and art galleries.

Here, your guests will have time to explore before lunch at The Spinnaker. Located on the waterfront The Spinnaker Restaurant offers unparalleled views of the City and the Bay, as well as sumptuous cuisine.

Upon arrival, guests will be lead to the elegant main dining room where grand window panes look out upon the Marina Harbor, Richardson Bay, Mt. Tamalpias, Angel Island and Marin County. The room is elegantly appointed with warm interior ceiling and wall design. Guests will be seated to a wonderful, three-course gourmet meal. $175 Per Person Including Lunch